The second quarter of 2017 has been packed with activity. On top of the successful progress of multiple ongoing projects, GRUPOETRA has participated in several events in the area of technological solutions to improve the quality of life in cities.

GRUPOETRA’s position as a key stakeholder in the field of smart technological solutions has led to an intense level of activity during the past months. This has included the active participation in a number of world class congresses, among which a few examples can be mentioned:

– During 20-21/4/17 the Smart Island World Congress took place in Calviá (Mallorca). This has been the very successful first edition of a global congress which focuses on the specific challenges that islands have to face, and on how technology can help them in doing so. GRUPOETRA counted with a booth in the congress and did make a presentation where its island specific technological solutions in the field of mobility, energy, security and quality of life were described.

– The week after, the 26-27/4/17, the III Congreso de Ciudades Inteligentes took place. GRUPOETRA once again had a booth in this congress, which has become a privileged meeting point for the smart city sector in Spain. Furthermore, GRUPOETRA presented in the congress the innovative concept of Mobility as a Right (MaaR), the diffusion of which is going to be supported via web (www.MobilityasaRight.com ) and twitter (@MobilityaaRight).

– The XVII Congress of Intelligent Transport Systems, organized by ITS Spain during 25-27/4/17, also counted with a substantial participation from GRUPOETRA. This time four papers were presented on the following subjects:

– Last, but not least, it’s noteworthy mentioning the sponsorship and presence of GRUPOETRA in the XXIV National Congress of Urban and Metropolitan Transport de ATUC, held in Palma de Mallorca last 1-2/6/17. In this occasion, GRUPOETRA had the opportunity to share experiences and information with the main actors of the Spanish and European public transport sector. 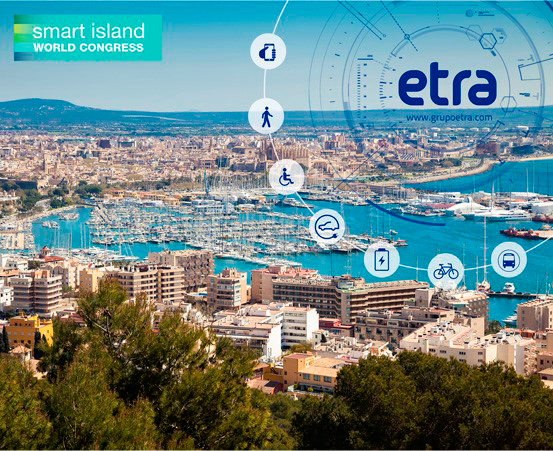 In summary, a very positive balance which has enabled the sharing of knowledge and experiences from GRUPOETRA with the market and, what’s more important, keep on listening to the needs from the market and society at large, so that these need –the current and the future ones- can be successfully addressed by GRUPOETRA’s evolving portfolio.

This website uses cookies to improve your experience while you navigate through the website. Out of these cookies, the cookies that are categorized as necessary are stored on your browser as they are essential for the working of basic functionalities of the website. We also use third-party cookies that help us analyze and understand how you use this website. These cookies will be stored in your browser only with your consent. You also have the option to opt-out of these cookies. But opting out of some of these cookies may have an effect on your browsing experience.
Necessary Always Enabled
Necessary cookies are absolutely essential for the website to function properly. This category only includes cookies that ensures basic functionalities and security features of the website. These cookies do not store any personal information.
Non-necessary
Any cookies that may not be particularly necessary for the website to function and is used specifically to collect user personal data via analytics, ads, other embedded contents are termed as non-necessary cookies. It is mandatory to procure user consent prior to running these cookies on your website.
SAVE & ACCEPT
Scroll to top